Here are two screenshots of the Android 3x3 grid lock we dealt with in the phone post. 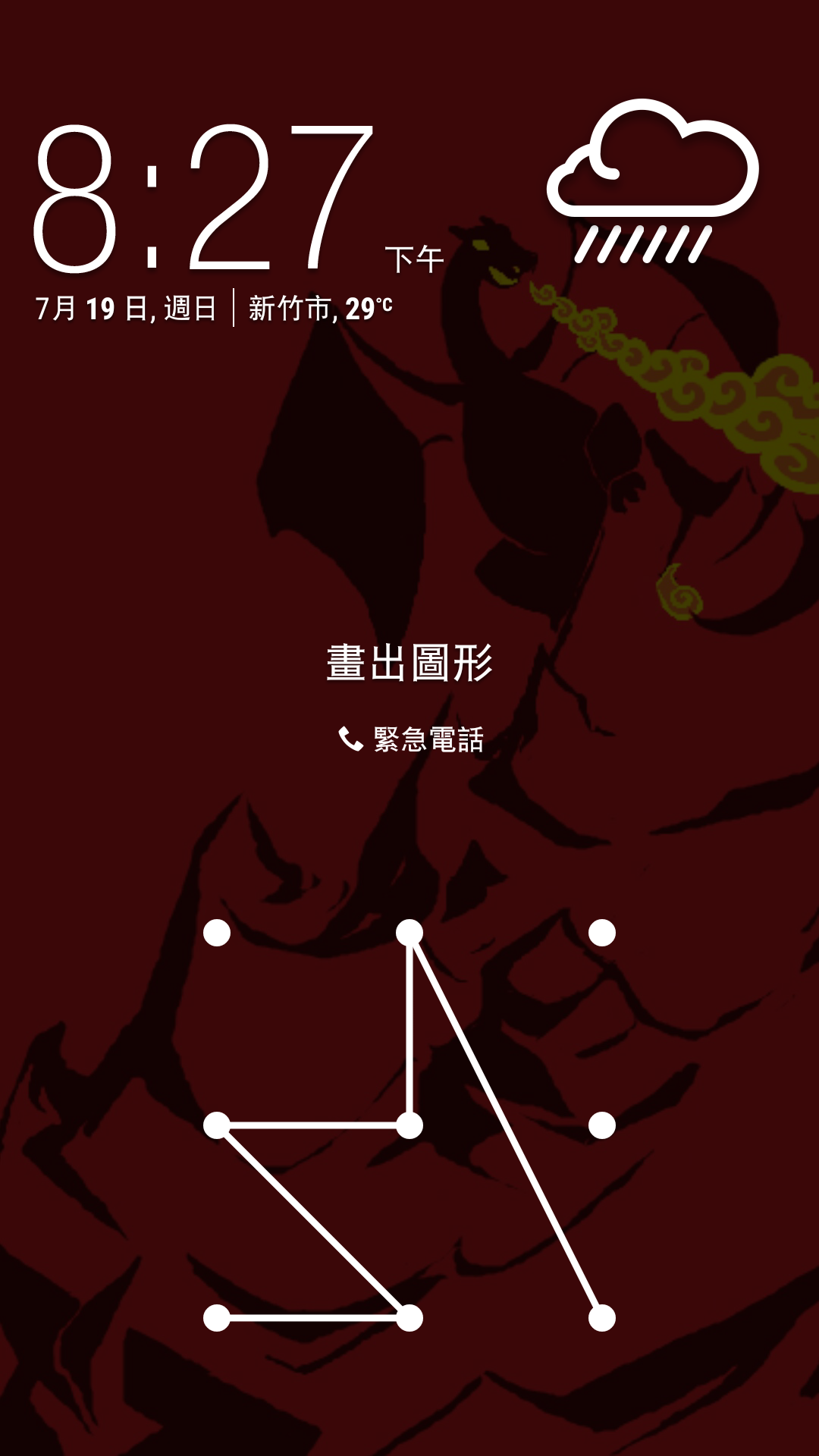 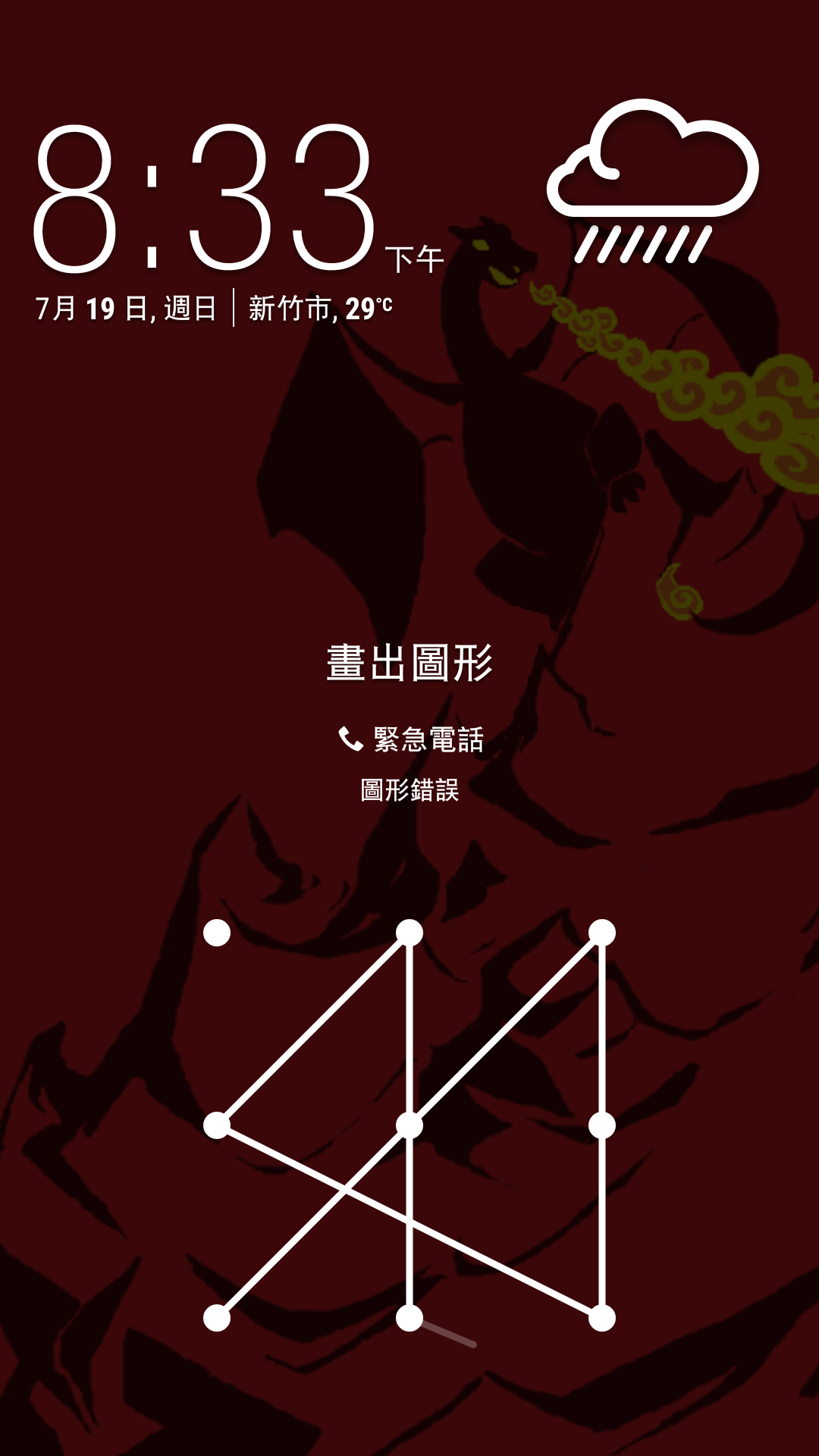 Part of the reason I don’t have a real post today and am instead writing filler for the streak is that I wanted to include this 3x3 lock in the programming presentation I’ve been indirectly complaining about in the last few posts, and I couldn’t find any nicely licensed screenshots to illustrate it, so I made these screenshots myself, and then I spent somewhat more than an hour researching copyright law and listening to a talk about it before posting them.

I’m pretty sure screenshots fall under fair use: the usage is noncommercial and educational, the screenshot is a very minuscule portion of the phone and provides no competition whatsoever with people who actually want to use a phone. And Android is open-source (Apache License 2.0, GNU GPL 2.0 for Linux kernel modifications) so actually I probably shouldn’t need to bother with this at all. Oops.

The background is a picture from roloox on dA, which is CC BY-NC 3.0. That’s why. I’m still here wishing more people CC-licensed their stuff.

To whatever degree it’s necessary for me to do this, these screenshots are released under CC BY-SA as usual, although the background would probably require noncommercial usage anyway, and getting these screenshots could easily fail to meet the threshold of originality. (It’s actually not very easy to get these because you need one finger held on the lock and two fingers simultaneously pressing and holding the power button and the volume down button. Also, I gave away my home city. Haha oops. (But this disclaimer actually has nothing to do with supporting claims of originality; it could only tend towards supporting copyrightability under “sweat of the brow” doctrine, which Wikipedia says countries are moving away from. The only thing I did originality-wise was to get the second path to illustrate a knight’s-move and two path-segment-midpoints, one of which was visited once and one of which was visited twice. Obviously not very convincing.))

…ugh, how did I end up writing so many words for a filler post?