I have just realized that I have only ever tried one level of difficulty in puzzle construction, viz., “as hard as I can make it”. This is mainly because I don’t want to construct anything overly trivial with the same few tricks, but, well, maybe it’s not the best idea for actually trying to build an audience.

Am I actually trying to build an audience? Am I? *shudders*

(Yajilin summary: fill in some cells, draw a loop through the rest, filled cells aren’t adjacent, arrows denote # of filled cells along some ray; MellowMelon’s rules) 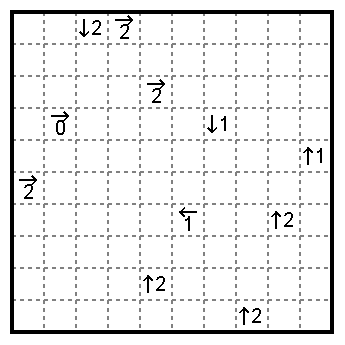