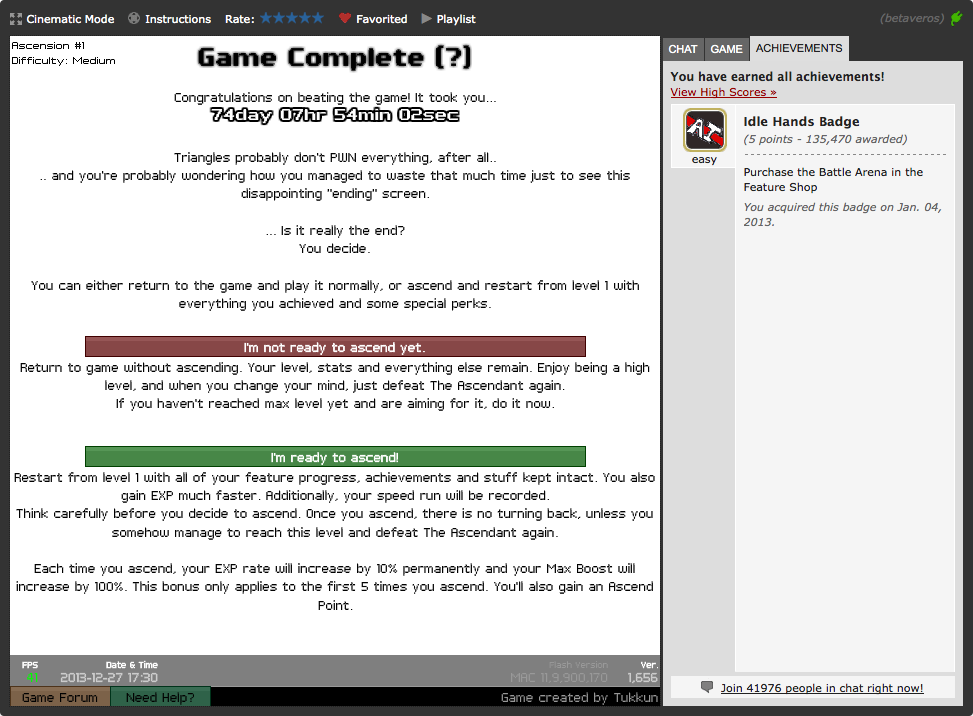 Note that 74 days and just under 8 hours is just the time spent with the game open; I started playing nearly three years ago. (I don’t idle when I’m away from the computer for more than a while, at least not anymore.)

For many people, this would only be the first playthrough of dozens more, but I’m going to stop now. There are far too many productive things I could be doing, but my brain is terrible at remembering this in the long run. So, publicly, and in <strong> tags because the semantic meaning is exactly what I need, I hereby declare:

I will not open this game again.

By the way, if you don’t already know what this game is, don’t bother finding it. I don’t want to ruin any more lives.

* If what I described actually happens, I mean this in the nicest possible way